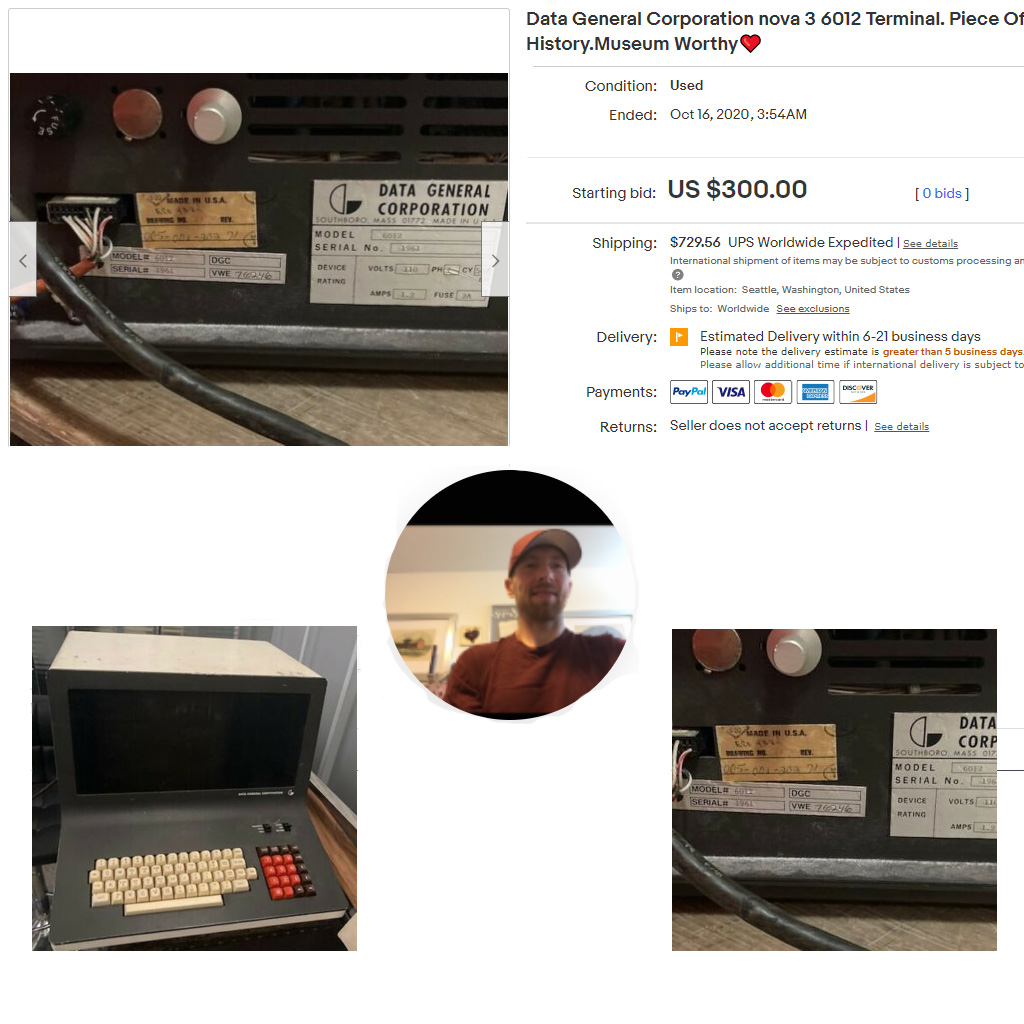 This Data General 6012 Terminal (Serial Number: 1961) was due to be my next acquisition to sit alongside my recently acquired Nova 1200. It was being offered for sale on eBay by ‘nextstepglobal’ and I placed an offer on it which was turned down. After the initial auction had ended I was contacted via this site by the seller and invited to make an offer which I did and the seller accepted. He also agreed to me having it collected by my courier and I duly paid him. It was boxed and at his request I arranged an airway bill which allowed the package to be dropped off at a FedEx counter. It was at this point things started to get rather strange and he stated he did not want to be named on any paperwork relating to shipping waybill or customs declaration for import into the UK citing ‘legal reasons‘ and started asking for more money for the item.

I will complete the whole story in a far more detail once the issue has been duly concluded with the authorities but at present the seller John (Johnny) Delafield of Seattle, WA is refusing to refund my payment so although I own this 6012 I just can’t touch it. He has however suggested the following as a resolution: ‘When I resell this item, we will discuss what, if any refund you receive.‘ he is of course wanting to sell the very same Terminal that I have already purchased to which he has no legal title.

Some recent buyer feedback on eBay (albeit sadly after I purchased the terminal) suggests he is also ripping others off as well:

So if your offered a Data General 6012 Terminal by a Johnny (John) Delafield of Seattle, WA – just remind him its mine and he does not own it!

In any event I wouldn’t recommend doing business with him at all unless its face to face and you put the goods in your vehicle before you hand over any cash. He is transacting on eBay, 5miles, etsy, etc. Beware!